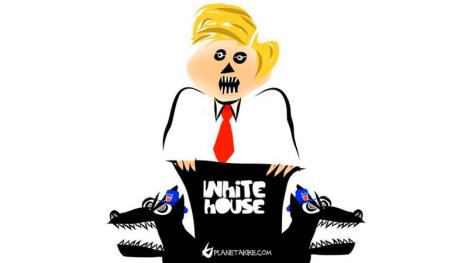 SAN JUAN, Puerto Rico — On November 8, the pro-statehood candidate Ricardo Rosselló was declared the winner of Puerto Rico’s elections. Rosselló has conservative views similar to those of US President-elect Donald Trump, and Puerto Rican human rights activists wonder how his administration’s policies will affect the archipelago, including the rights of women’s, persons with disabilities, immigrants, and LGBTQ groups. Puerto Rico’s economic instability is also a concern, naturally.

Trump’s critics across the United States spent Wednesday, November 9, in mourning. This was also true in Puerto Rico, a US territory where people have US citizenship but are barred from voting in the presidential election, unless they reside in one of the 50 US states.

Rosselló is president of the New Progressive Party, which advocates statehood for Puerto Rico, and is also the son of a former Puerto Rican governor under whose administration corruption was rampant. Last week, after narrowly winning 41.8 percent of the vote, Rosselló announced that the pursuit of statehood would be one of his administration’s top priorities.

Although Rosselló is a Democrat, key points of his political program align with the US Republican Party. The Republican Party’s platform is committed to support statehood for Puerto Rico (although this has not materialized in past Republican administrations). He has also promised to work in concert with the US imposed Fiscal Control Board to negotiate Puerto Rico’s debt.